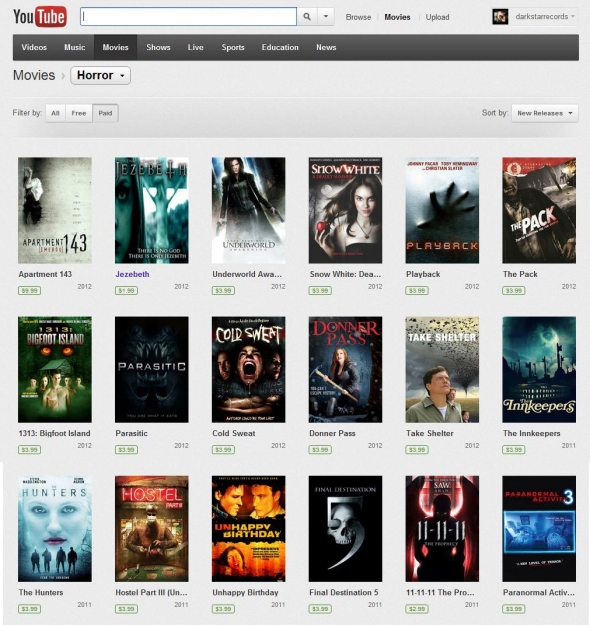 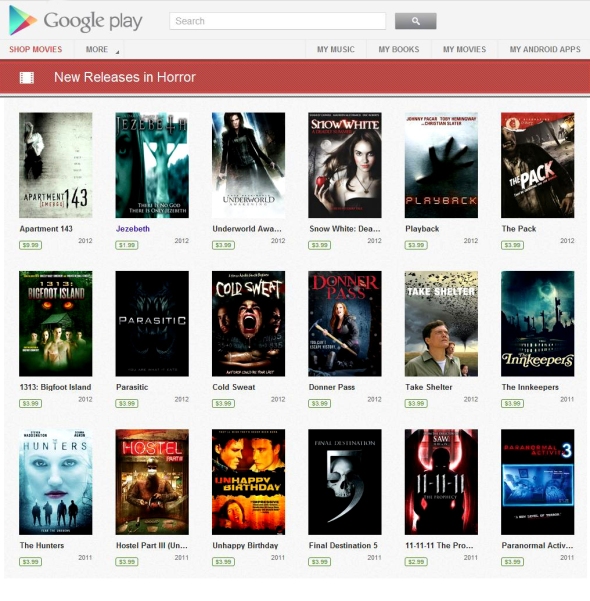 SGL Entertainment’s Jezebeth, Written, Directed and Produced by Damien Dante is Now Featured on YouTube Rentals and Google Play along with movies such as Underworld “Awakening”, Hostel, Final Destination 5 and Paranormal Activity 3. In the last couple of weeks, YouTube and Google Play has added 500 hundred new movie titles from Paramount Pictures and more than 600 titles from MGM. This means the six major studios and more than 10 independent movie studios are currently offering movies for rent on YouTube and Google Play. There are 17.9 million film buffs online and 11 million of them visit YouTube each month. According to a recent IHS Screen Digest study, online movie watching in the U.S. will double this year and will make up the majority of people’s home entertainment viewing. SGL Entertainment is very excited to be a part of this new digital frontier, and with the help of our many partners including “Linda Nelson” from California we will continue to get our movies and media to the masses on a global level.