SGL Entertainment has just unveiled the new poster artwork for the full length vampire western film
“JEZEBETH 2 HOUR OF THE GUN” Directed by Damien Dante and Starring Ana Santos as Jezebeth. The controversial artwork shows the image of “Abigail” a young child holding a Gun with her mouth sewn shut, and her eyes revealing her black empty soul. Abigail is played by Gracie Serrano an amazing young child actress. 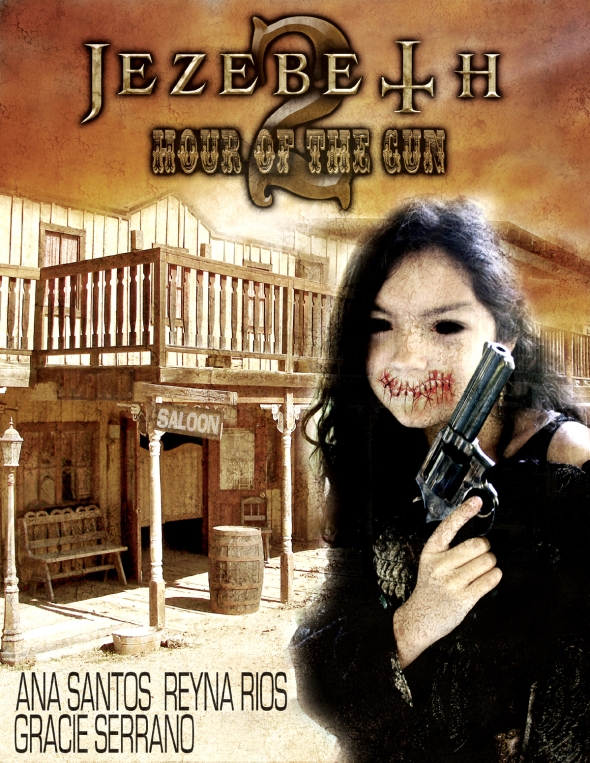 STORYLINE: “It’s the year 1881 and the outlaw vampires Jezebeth and Billie Gunn, now bitter enemies have parted ways after a human child is gunned down in cold blood. Now after 130 years that same child who became a vampire is used by the outlaw Billie Gunn as bait to lure Jezebeth back to the land where it all began for a bloody final showdown.

“JEZEBETH 2 HOUR OF THE GUN” is Written and Directed by Damien Dante. Produced by Damien Dante and Jeffrey A. Swanson. With Executive Producers Damien Dante, Jeffrey A. Swanson, David O’Brient Jr., Jeff Lison and Stephanie Ann Lison. Original Music Score by Chris Thomas (CSI), (LOST) along with Ian LeCheminant. Cinematography by Jeffrey A. Swanson. The movie will be hitting many Major Film Festivals this Summer, and will be set for a worldwide release just before Christmas 2014. Cable Television, Blu-Ray, DVD and Digital Video On Demand deals already in place via
SGL Entertainment, Indie Rights Distribution and other media partners.

JEZEBETH 2 HOUR OF THE GUN “Artwork” Created by JEFFREY A. SWANSON

For more info on Jezebeth 2 go to:

We are pleased to announce that the new novel “Jezebeth: The Beginning” from best selling author SE Campbell is now available worldwide. This exciting new novel by Stephanie Elisabeth Campbell is based on the motion picture Jezebeth, and characters created by Damien Dante. Stephanie Elisabeth Campbell deviated from the story line so the book is very different from the movie. The novel takes us back to the beginning and brings us into the year 1550. 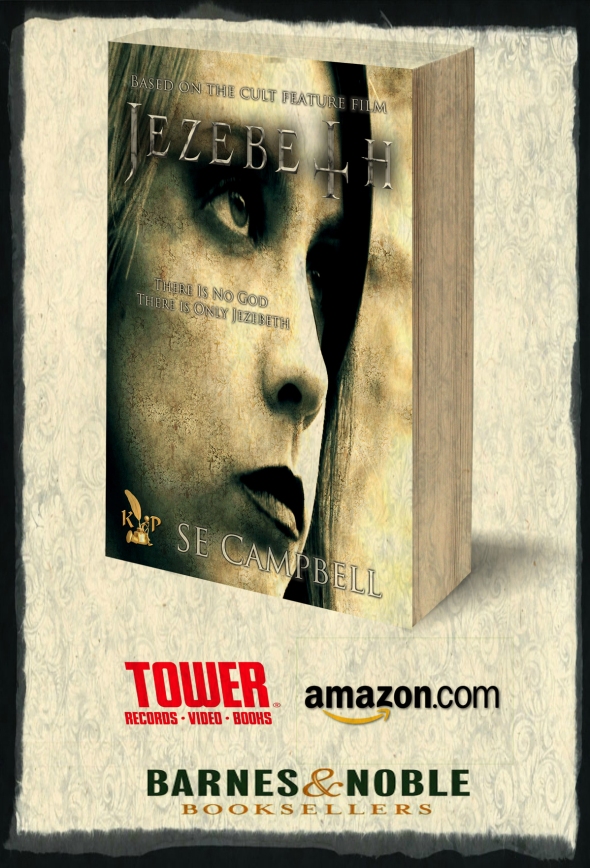 What people are saying about the new book “Jezebeth: The Beginning”:

Stephanie Elisabeth Campbell receives an e-mail from a fan: “I am bawling my eyes out I’m so touched. A fan wrote an email to me telling me that she read my book in one night and couldn’t put it down. She said it was one of the best books she’s ever read. On top of that, she sent me a list of questions on my characters and begged me for a sequel. This is what every writer DREAMS about. My characters became real to her. I can’t even express how happy that makes me.” – Stephanie Elisabeth Campbell

The New JEZEBETH Novel is Receiving Major Press Worldwide, Here are just a Few of the Many News Publications that have Picked up the Story:

Stephanie is a published best selling novelist from North Ogden, Utah. Her interests include history, traveling, classic movies and biographies. Her first novel was published at age 17. She is the author of many novels including: Specimen X, Poachers, Dragon Night, Tasting Silver, Keeping Freedom, Late but not Never, Cased Closed, Icy Tales of Draga, E is for Eternity and P.S. I Killed My Mother, all of which are being published or have been published by traditional houses.

The Jezebeth film franchise is owned by Partners Damien Dante and Jeffrey A. Swanson. Their original cult classic vampire film Jezebeth was Written, Directed and Produced by Damien Dante and Co Produced by Jeffrey A. Swanson and is now available worldwide on Blu-Ray, as well as iTunes Movies, Amazon Prime and M-GO via SGL Entertainment, Indie Rights Distribution and R-Squared Films.

“Mary?” She shook the girl’s shoulder. “Mary?” With the same twisted expression on her face, Mary suddenly wrenched toward her and seized Annabelle by the shoulders. Her sister’s face loomed close. Her trembling fingers dripped with sweat. “He’s come to drag me down,” Mary said. “He’s come to drag me to Hell” Annabelle’s heart thundered in panic. “What? Who?” Suddenly, her sister increased the pressure on Annabelle’s hand and buried her sharp, dagger-like fingers into her scalp. Splitting pain filled her skull and she gasped in agony. She tried to wrench backward, but Mary retained a firm grasp on her hair. Her sister’s whole body shook and her eyes were filled with madness. If she didn’t know better, she could swear Hellfire was in her sister’s eyes. “Jonah has come to drag me down.” Mary spoke quietly at first, then her voice rose until she screamed into her face. “The Devil has come. Save me, Annabelle. The Devil is coming for me.
The Devil is coming for me.”

Jezebeth: The Beginning, written by SE Campbell, cover art by Jeffrey A. Swanson, published by Keith Publications, available on paperback and e-book at Barnes and Noble, Amazon, Tower Records and Books plus other locations worldwide.

For more info on Keith Publications go to: