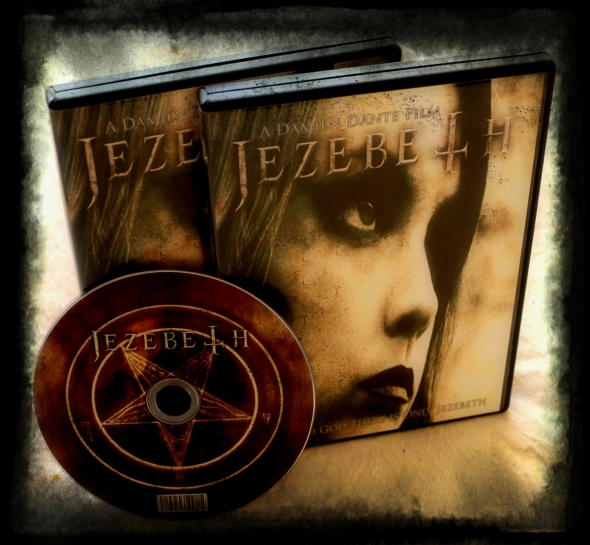 SGL Entertainment is pleased to announce the release of the new Jezebeth (Special Edition) DVD. This is the debut release of Jezebeth as a stand alone DVD. This Special Edition DVD, complete with a Motion Menu is loaded with Bonus Features like, a Video of Bree Michaels (Jezebeth) performing the Demonic Guitar Solo in her Panties and Bra, The Official Full Length Movie Trailer, and a Special Appearance and Autograph Signing by the Girls of Jezebeth at a Hot Topic Store. The DVD packaging and Artwork is Amazing including a Wicked Pentagram on the DVD Disc. This is a must have for Fans of the Jezebeth movie Franchise.

The movie Jezebeth has become a cult classic phenomenon since it’s debut release on a number of VOD services, including iTunes Movies, YouTube Rentals, Amazon Video On Demand and Google Play for which the movie ranked high on the charts. With all the press Jezebeth was getting, the movie was soon picked up by R-Squared Films and released on Blu-Ray as well as the leading film on a DVD 4 pack called “Super Pack Vampires” which includes four killer vampire movies. And coming soon from the movie franchise is Jezebeth 2 Hour of the Gun, Jezebeth 3 The Guns of El Diablo, and “Jezebeth” a Novel by SE Campbell. The Jezebeth movies are all Written, Directed and Produced by Damien Dante and Co Produced by Jeffrey A. Swanson. Damien Dante and Jeffrey A. Swanson are Creators and Partners in the Jezebeth Movie Franchise, and it looks as though there is no stopping Jezebeth’s Wicked Reign, Because, There Is No God, There Is Only Jezebeth.