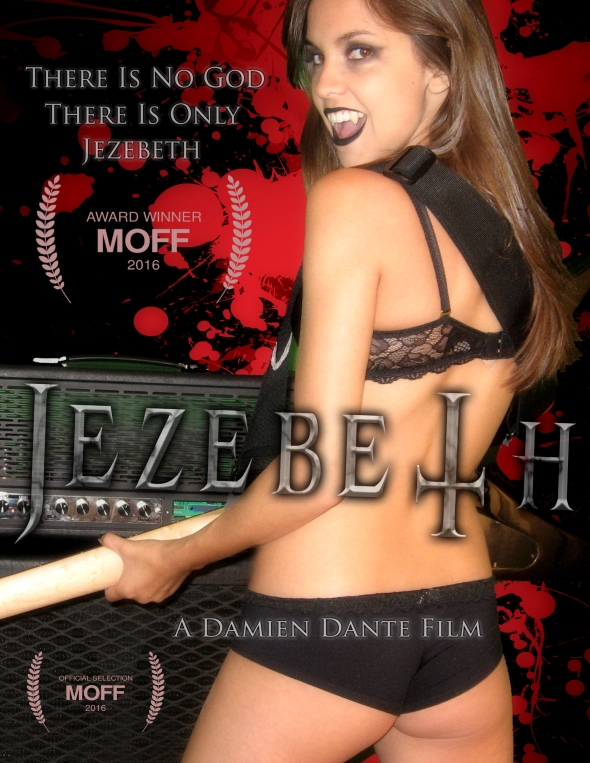 SYNOPSIS: Jezebeth is more than a horror film, it is a musical experience unlike any movie ever made. A cult horror film loaded with visuals and sound that can be enjoyed over and over again. In the attic of her ancestral home, Jezebeth, at war with God, unwittingly discovers a nineteenth century diary that details the summoning of a demon. Jezebeth succeeds in breaking a satanic code inside her hell room which creates for her two realities. Lenora Blandy (Madeline Maser), a devout catholic, endlessly tortured at the hands of Jezebeth, has come to the end of her rope. Nowhere to run, nor hide. She’s forced to confront her demons.