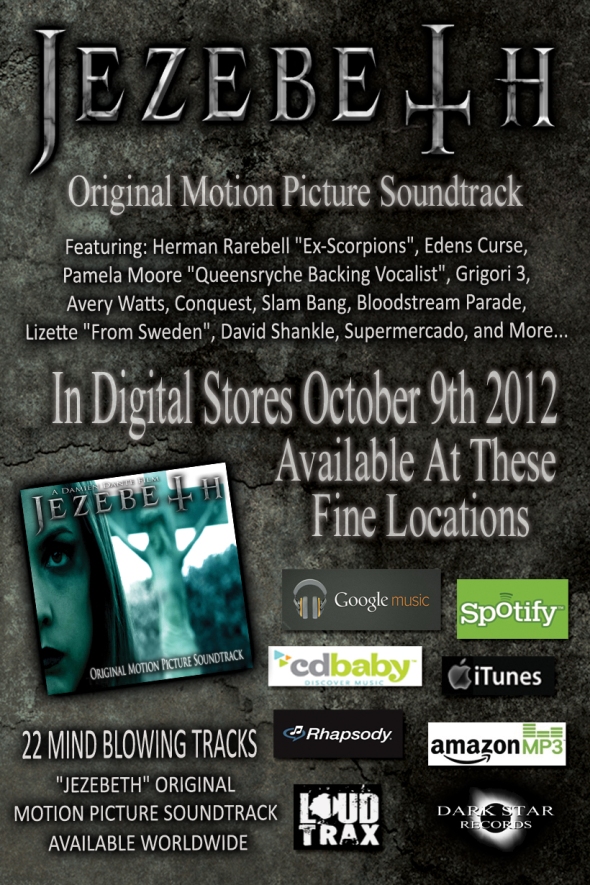 The Long Awaited Jezebeth Original Motion Picture Soundtrack is Now Available Worldwide via Dark Star Records and Sony Music. The Jezebeth movie has received rave reviews from the industry and from movie fans around the world for it’s music and exceptional sound quality. And the Film written, Directed and Produced by Damien Dante has had record sales from it’s many distributors. The movie can be found on Google Play, YouTube Rentals, Amazon, Big Star TV and Both the Movie and the Soundtrack are now available on iTunes. The movie will also be included in “Super Pack Vampires” a four pack DVD available in stores everywhere on October 23rd, 2012, and then as a stand alone DVD in January 2013.

This entry was posted on October 9, 2012 by sglentertainment. It was filed under Uncategorized and was tagged with Dark Star Records, Jezebeth, Soundtrack.